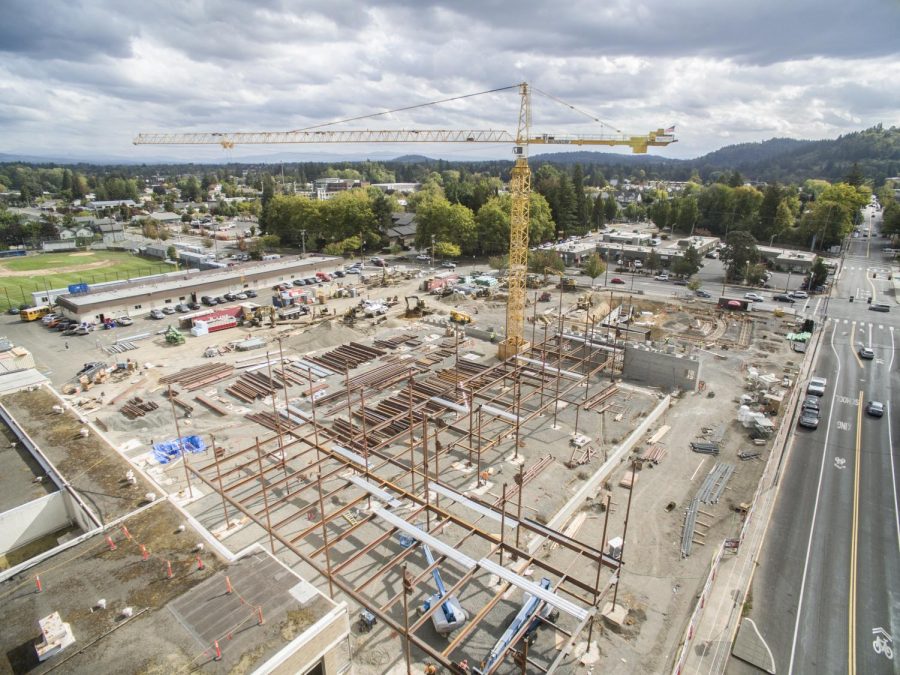 Construction has started on the new school building and changes have already begun. There are new bells this year, and teachers having to share space as old classrooms were torn down.  Also having one-third of the school gone already has made the hallways overcrowded. The school definitely seems busier than it did before.

After a long summer break, it was surprising for many to see that one-third of the school was gone.  The school campus is now crowded with students and construction workers from early in the morning until the late afternoon.

With everything on time and on budget, “August 2019 (we will) be done with the first section of the building and the second section would start over the summer of 2020,” Principal Michael Schaefer said. This would be a issue for over the three years that construction will take.

The new school bells, which seem harsher to some students, will be coming with us to the new school, and hopefully they will work better in the new building.

“It’s annoying, you can barely hear the announcements and most of the time you don’t hear when class starts or ends,” senior Paola Cibrian said.

In the busier hallways, students are now having to compete for space with teachers in the heading to their next free classroom. Many teachers had to give up their classrooms to the construction process and are now sharing rooms with other teachers and have to travel around the school for each class.

English teacher Frank Thomas, who was moved from room 153 to the 400 building, which is outside of the main campus building said, “I don’t mind switching classrooms, the room is not that bad and it’s gonna be well worth it but it does suck when I have to go to the bathroom or go get water.”

These problems will only be an inconvenience this year, but by next year each teacher will have their own brand new classroom in the new three-story Learning Tower.