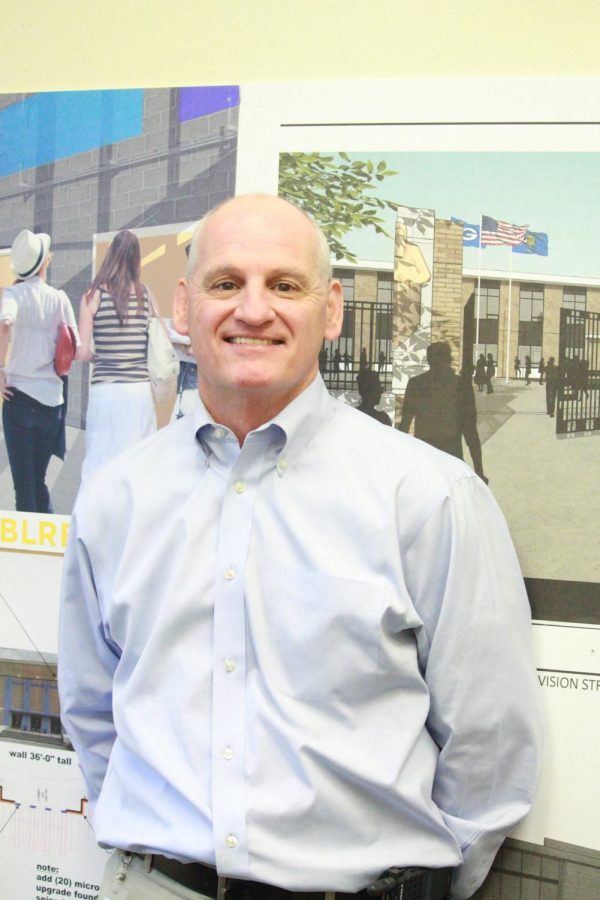 Smyth in his office, four days on the job.

James Hiu, the deputy superintendent and Director of Human Resources for the Gresham-Barlow School District informed staff and parents that they were unable to release any details on why Schaefer was unable to come to work.

“The matter [was] not student or staff related,” the email sent out to parents said.

On Thursday, March 7 Schaefer resigned from his position as principal at GHS, and another email was sent out to parents and staff informing them that “Principal Michael Schaefer submitted his resignation, which the board accepted during the business meeting last night [March 7].”

While there are a few things that the public knows about principal Schaefer and his resignation, they’ve been left in the dark as to why. This lack of knowledge has led to many rumors flying around the school between students and staff. The reason that the Gresham-Barlow School Board, Human Resources, and the Superintendent are unable to tell anyone much is because of privacy issues.

Students of GHS were not directly told any of the above, which left space for rumors to be treated as fact.

As observed on the Teacher Standards and Practices Commission website, Schaefer’s Initial Administrator license expired November 4, 2018, which means that from that time to March 7, 2019 he was working while not licensed. But there is a 120-day grace period to renew the license and to not have to leave work. During this time you can expedite your license, putting it at the top of the queue for it to be approved. Schaefer resigned 123 days after his license expired, citing health reasons. It is also possible to get an emergency license, which requires a fee, and once again your request will be expedited.

When asked for a comment about his resignation, Schaefer declined.

Before spring break, the school district hired an interim principal, Terrence Smyth, who will finish out the school year at GHS.

In an email sent to parents and staff,  Director of Communications and Community Engagement Athena Vadnais said, “Smyth knows the Gresham-Barlow community well, serving as principal of Springwater Trail High School from 2007-2015. He previously served as principal of Jewell Junior-Senior High School in the Jewell School District. Prior to that he served as superintendent of the Knappa School District.”

Smyth is eager to be here to get to know the students, staff and parents.

“I really like the vibe. I’m really trying to connect with Gopherville. The kids and adults are great. It’s got me excited. I really hope to provide a positive atmosphere for you guys [students] and staff,” Smyth said.