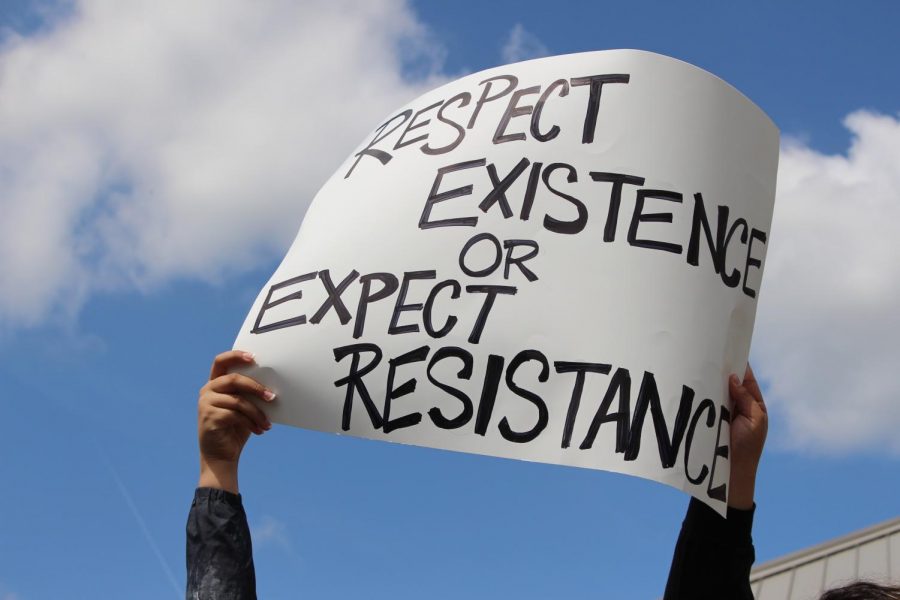 A poster above the crowd reading "Respect existence or expect resistance".

On Thursday, May 2 a walk-out was held protesting against police brutality. This was sparked by the incident that took place on April 15, where a student was tackled to the ground by police officers. Students gathered at the school then marched down to Gresham City Hall and the Gresham police station, holding up posters supporting their movement, chanting, and a few students sharing a few of their experiences with police and oppression. 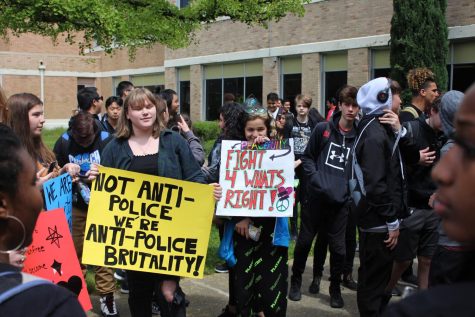 Simon ScannellTwo students holding up posters, a crowd surrounding them, as they protest against police brutality in front of Gresham High School. 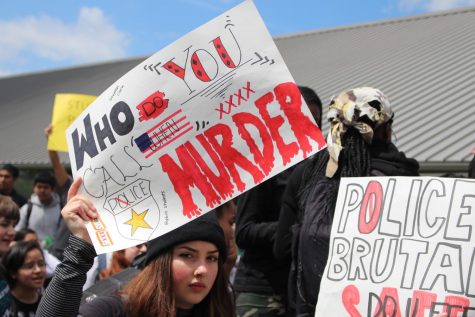 Simon ScannellA student holding a sign at the walk-out against police brutality on Thursday, May 2. The poster reads: “Who do you call when police murder”. 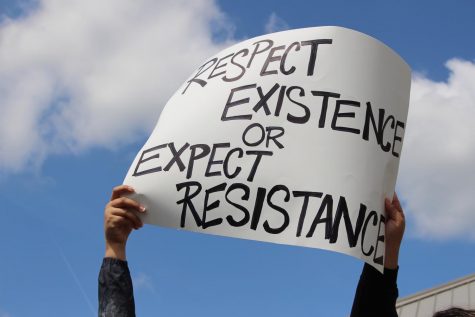