Police on Campus: necessary for safety? 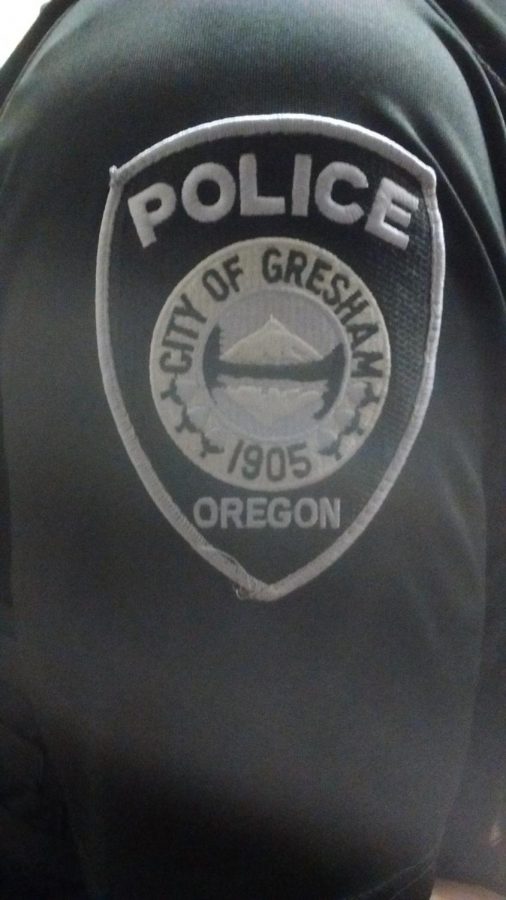 The emblem of the GHS school resource officer

School resource officers, more commonly known as police officers on school campuses, have always been a controversial concept. SROs have the ability to make pivotal decisions that affect the student body. However, some students and teachers view police officers on campus as problematic. Many have wondered what the role of an SRO is on a high school campus and what they can and cannot do when handling students.

There have been many incidents at GHS concerning students and the SRO. One of which sparked a walkout that was held on May 2.

SROs were implemented on school campuses across the country after the 1999 Columbine shooting. There was a need for increased safety measures for students and staff. Currently, all East Portland area school districts have SROs, although in some schools they rotate between high schools and middle schools. At GHS it is deemed necessary to have an SRO full time to ensure the safety of all students.

“A student resource officer is a sworn law enforcement officer who works within a school. As an educator, as a stand-in mentor/advisor, and as law enforcement for students, staff, and the community,” Lt. John Rasmussen said.

An SRO doesn’t work for the school, but the police department and the school district have a contract and partnership with each other. The school and police work together to ensure a safe environment for students on campus.

Officer Ryan Gleason, Gresham’s SRO, said that he’s allowed to enforce laws, but the school recommends using a school-based discipline system. He said that he could arrest students once per week but he doesn’t.

The school-based discipline system usually results in detention, suspension, and in extreme cases, expulsion. This system avoids damaging a student’s future in regards to having a criminal record and facing charges that can greatly impact their future, which is something that the school district likes to avoid. But sometimes it is necessary to involve the police.

“Once I involve the police there is a point where they take over. At that point, I no longer have rights to stop them,” interim principal Terrence Smyth said.

An SRO is intended to benefit students in multiple ways. An important role for an SRO is to educate the student body on the laws. Gleason currently spends one period per semester in a senior health class informing students on what constitutes a crime along with what consequences follow. They also act as someone you can go to if you need help navigating the law.

“We should have a police officer on campus because they are the people you depend on in urgent situations. Officers are trained (in a different way) than administrators,” an anonymous junior said.

Of course, there are individuals who oppose having a police officer on school campuses.

“I don’t feel comfortable around them [police officers] because of things that I have seen and been through, and I really don’t think that they benefit students in any way even during a school shooting due to previous school resource officers not doing anything when put under extreme circumstances,” senior Kalaysha Williams said.

Despite the difference in opinion about the need for a police officer on campus, it’s quite clear that they are placed here in an attempt to create a safer environment for students.

While police officers are human and make mistakes, they try to do the right thing for the safety of all on campus.