GHS Phase One Complete: Students and Staff Express Their Thoughts and Concerns With the New Building 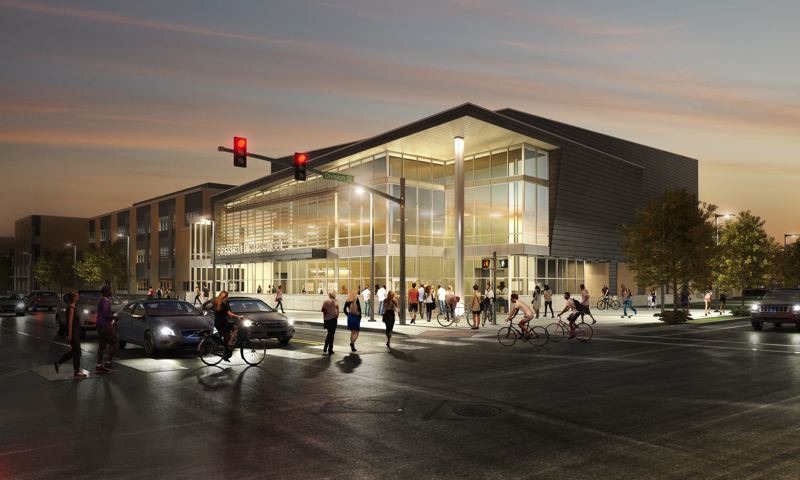 Gresham High School, first opened in 1906, has seen a lot of change in its lifetime, although none quite as dramatic as the past few years. In November 2016, voters of the Gresham-Barlow School District approved a $291.17 million bond for a much needed construction, due to the building being in bad condition.

According to Gresham-Barlowbond.org, “School bond projects will increase student and staff safety, improve access to modern technology, and address chronic overcrowding through upgrades and updates made to schools and classrooms throughout the district”.

Students of GHS stepped foot into phase one of the new building on September 4, which has 54 new classrooms, a band room, a black box theater room, and a choir room.

Phase two of construction, which is currently in progress, will consist of a new gymnasium, a weight room, additional classrooms, and the main office area. Plans for a health clinic are also in the works for 2021.

With the new construction, security updates were also introduced to ensure student and staff safety. According to GHS assistant principal Jason Bhear, who is also the school’s  liaison with the architects and construction company, these updates include over seventy, high quality cameras around the school, keycard access at some of the main entrance doors, and fire doors at the stairs.

With anything new comes a few challenges, rules and issues. The new building or “learning tower” as it has been called, has had  issues with air flow, as well as the flooding in the basement and room 110 was closed because the exhaust pipe in the boiler had to be reengineered. Despite the issues, the construction is meeting all completion deadlines. “If anything, we’re a little bit ahead of schedule,” said Bhear.

Many students, as well as staff, have complained about construction noise, because  it can be disrupting during class; however, Fortis Construction, the company in charge of all construction on campus has tried to minimize this.

Bhear recognizes that this can still be a problem for many on campus. “The most challenging part is having students on campus while they’re building a building, and they specialize in that. Fortis construction is a specialty construction that specializes in owner occupied facilities,” said Bhear. 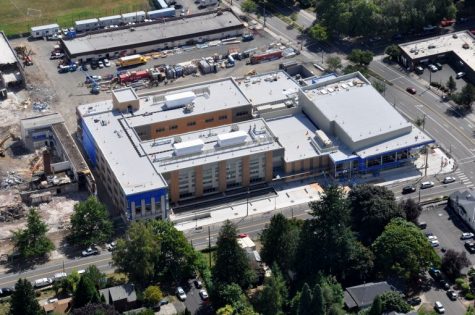 In addition to the construction noise, on of the largest complaints with the learning tower has been the no food rule. The school district has set out strict “no eating” rules for all new construction in order to prevent the issue of rodent infestation, a problem many knew all too well in the old building.

“I think that it’s really nice that we’re not dealing with rodents and insects. So I really appreciate that,” Spanish teacher Alison Brink said.

Many students and staff like the new building, but feel the new school is a bit bland, and has a  prison or hospital vibe because there is not much color or decoration. The old building had many art pieces and murals painted on the walls, which for many seemed more welcoming.

“It’s super institutionalized. And I think that our school is known for being colorful and diverse, and excited. We’re not known for having bland walls. There’s too many rules centered around personal touch and style,” senior Taylor Ramirez said.

The building’s total estimated cost is $98 million, which is why so many restrictions are placed on what can and cannot be done. “We have a bond committee, they’re really, really adamant that we preserve the investment that this community made in the students of this place,” Bhear said.