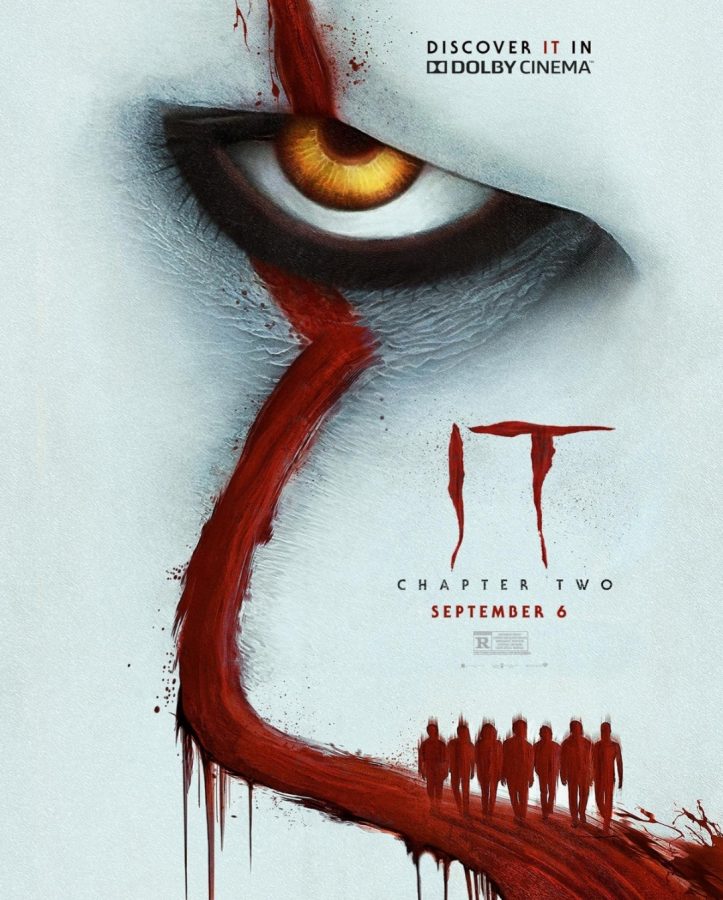 “I liked the second one more, [because of] a lot of dead things,” junior Christian Perez said.

The opinion that IT Chapter 2 is inferior to the first is a popular one and it’s because of the difference in tone between the two movies that makes it so “unlikable”. The second one is more of a psychological thriller while the first one is more jumpscares and horror film.

As the storyline moves along we see the characters reliving their past in Derry. The characters come across some troubling events such as Richie reliving being bullied for his big glasses and his sexuality. Beverly also relives the abuse from her dad. While these are all terrible things, they helped form the characters’ moviegoers know and love.

“Bill [is my favorite character] because he wrestles with so much guilt,” said local parent Emily Pinkwas, an It fan.

Bill blames himself for his brother’s death. He deals with this throughout the entire movie.

“The lake is my favorite scene because they are all together and happy,” Pinkwas said.

Overall I think this movie is worth seeing even though I agree with the opinion that the first IT was better than the second.