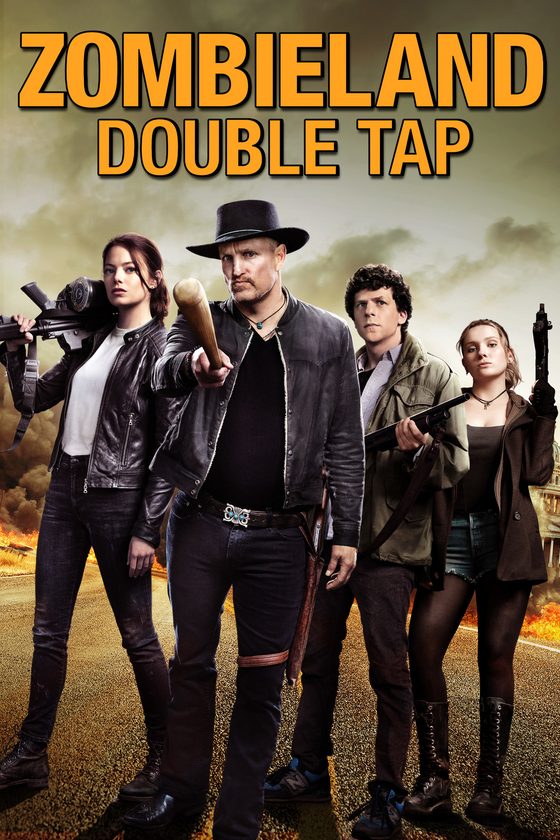 Cover of the movie from Sony pictures

The unsatisfying and dull sequel of  “Zombieland”, “Zombieland: Double Tap” was released Oct. 18th and many thought it was uninteresting, somewhat funny, and basically just a duplicate of Zombieland.

“I thought the movie was boring, missing quite a lot of dialogue, and was basically just the same as the first one,”  junior Lily Sweeney said.

The premise of the second movie is that the pack from the first movie are trying to save the youngest from being attacked by the newer zombies, called T-800 from The Terminator movies, at a place where guns are forbidden. The movies are both rated R.

According to IMDb.com, the first movie was about “A shy student trying to reach his family in Ohio, a gun-toting tough guy trying to find the last Twinkie, and a pair of sisters trying to get to an amusement park to join forces to travel across a zombie-filled America”.

Many people liked the first one a lot because it was funny, and went to see the second one.

“I really loved the first movie it was so funny, especially when I was a little kid. When I heard there was a sequel I had to go watch it, and I loved it, it was just as funny and exciting as the first one,”  junior Evynn Crenshaw said.

The sequel is about Tallahassee, an overbearing father figure to the youngest, Little Rock and her older sister Wichita who runs away after Columbus, Witchita’s boyfriend, proposes to her.  While they are on the run, zombies attack every character and they have to fight them off. In the end, all the characters come back together to fight the superior zombies, who are faster and more superior because it takes more than three shots to kill them.  By coming together to defeat the zombies, they learn the value of love and family.

Some students and movie reviewers thought the movie was a satisfying and enjoyable sequel to “Zombieland”. The unsatisfying and dull sequel of  “Zombieland”, “Zombieland: Double Tap” was released Oct. 18th and many thought it was uninteresting, somewhat funny, and basically just a duplicate of Zombieland.

According to Michael O’ Sullivan, a reporter for the Washington Post, “There’s a repetitive — but not necessarily redundant — quality to “Zombieland: Double Tap”, a violent, funny and satisfying sequel to the 2009 cult hit zombie comedy”.

I would recommend seeing the new movie if you enjoyed the first one and the different characters’ personalities.  Most of the characters have not changed much and have kept many of their same traits and quirks. I thought the movie was somewhat funny but I think it could’ve had more dialogue between characters so to show better communication.  Also, the beginning of the movie was confusing and seemed to have some plot problems. Overall the movie is worth seeing if you like comedy and zombies.

“I really enjoyed seeing the movie, watching the characters be in action again,  seeing what they have gotten into over the past ten years and where it’s gotten them, I liked the ending most because I thought Tallahassee was going to die, but then the rest of the crew saved him,” junior Eden Miller said.